Mario and the Secret of the Undying Memory

I have this crystal-clear memory of my Class 1 English text book. Which is quite something, given the large-holed-sieve that usually passes for my brain. It’s just that the images were so vivid and beautiful. They were drawn by the artist-illustrator Mario Miranda. The book was nothing fancy; it was just was a simple two-colour job (which means it had black, white and one other bright colour that the artist had to use intelligently so that readers wouldn’t miss the fantastic-though-expensive effects of multi-colour). And it had the wonderfully weird story of Dhondu and the Rotten Eggs, which, as you can see, is still emblazoned in my mind simply because Mario’s Dhondu was so delightful.

Mario’s figures were rounded, squat and goggle-eyed. His lines – thick and yet amazingly fluid – created human figures that were paunchy, solid, and decorated with small, exquisitely-funny flourishes. The irony was gentle and inclusive of us as children. All of it was memorable and enjoyable not because of the text, but because of Mario’s jewel-bright visuals! I wish I knew art better, so that I could discuss his work more eruditely. All I can do now is speak of the sheer joy his work brought.

As I grew up, so, surprisingly, did Mario. His figures grew longer, darker, more serious. It felt almost as if his style was evolving with me – which of course wasn’t true. It’s just that his lines were so distinctive that no matter how his treatment changed, you could always tell it was him. It felt good to have at least one artist whose work could be recognized without having to squint at the signature.

The truly amazing thing about Mario’s work is just that: no matter what he’s drawing, his style remains distinctive, though the treatments – and therefore the end results – vary. So whether it’s the delightful mural at Café Mondegar, with its joyfully hilarious caricatures; or a restrained, poetic, scrupulously-drawn series of tiles on ; or a book on with stipled, dark, meditative sketches on the city’s alleys and cafés; or a children’s book, with its transparent and endearing figures – you can always tell a Mario!

PS: We've been unusually and uncomfortably busy - which is why we haven't posted in so long! Sorry!
Email Post

Banno said…
Hey, Dhondu and the Rotten eggs, came surfacing out of deep subconscious for me. I suddenly remember the picture so vividly. Lovely
Thursday, February 16, 2006

SUR NOTES said…
anita, just double checked with hansu that it is indeed you...loved your and amit's blog.
Thursday, March 09, 2006

Mukul said…
hi, anita and amit. i am indeed hansa's friend from ftii and we have met once, many many years ago.
Sunday, March 19, 2006

Jugal said…
I come late from this era :) so dunno much BUT I got one kid's book called The Adventures of Ramu by Duku Darani which has been illustrated by Mario Miranda - it's been my favourite book since I was a child :) Beautiful story and very neat art work.
Saturday, June 03, 2006

Artnavy said…
I loved the mural in Cafe mondegar as well

and i enjoyed your blog

what do u think about the LITTLE PRINCE illustrations?
Tuesday, October 17, 2006

Anonymous said…
What is the story of Dhondu and the Rotten eggs. Was trying to recall it for my kids during bedtime, but haven't got a clue....Could you help jog the memory?
Sunday, January 25, 2009

RJ Poddar said…
Oh yes, Dhondu and the Rotten Eggs... that same textbook also had the story about how beaches used to have flour instead of sand, and the other story about Leena and her friends kicking a soccer ball. I wish I could get my hands on a copy of that textbook... for old times' sake.
Thursday, January 20, 2011

Anita Vachharajani said…
wow, rjp, that is some memory you have there. i sort of remember the beaches of flour... and leena - did she have a rabbit too?
Thursday, February 24, 2011

Milind said…
Awesome, like Poddar mentioned...I would love to buy that BB text book even if I had to pay Rs.1000!! Didn't that same book also have the Vikrant ship, Home for the Holodays on last page and "This is Nitin, He is six years old, he lives in Nasik" as the first chapter? Maybe I am confusing the grades on BB book.
Wednesday, May 04, 2011

Chris Desouza said…
'Dhondu and the rotten eggs' is simply unforgettable. That was the first story/illustration that led me towards the joy of drawing and painting. 1972 and still fresh on my mind.
Sunday, June 19, 2011

A drop in the ocean said…
hey you know what, i remember dhondu and the rotten eggs too :) keep calling my son dhundu and then add the rotten eggs just like that. have no memory of the story though. and all i remember that in the fist story of that same english book was a story about nitin.

just googled 'dhondu...' on a whim and landed on your blog :)

kavimona said…
Dhondu and the rotten eggs is still so vivid in my mind...i've shared this bit about mario miranda w chim when we came upon a cartoon which he drew...those were such fun stories...brought alive b'coz of mario's sketches...i doubt we'd have remembered them if not for those... are the textbooks still available ?...maybe in the library, u think?
Monday, December 12, 2011

sabby said…
Could anyone pl post the story.....as I remember reading it but forgotten....want to share it with my son...thanks in advance
Friday, March 01, 2013

Unknown said…
Wonderful blog. Does anyone have a print or soft copy of the Nitin Leena Hasan pages of the balbharati? I've been looking for years and also contacted Gérard but no luck. Those 3 pages are a quintessential memory of my first attempt at reading. Pls let me know if any one has these pages. Thank you. Shabbir10035@gmail.com
Sunday, September 27, 2015 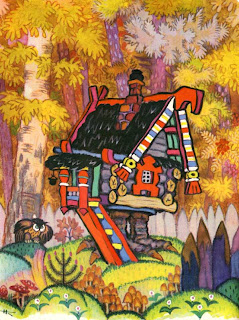 Memories of the Red sort